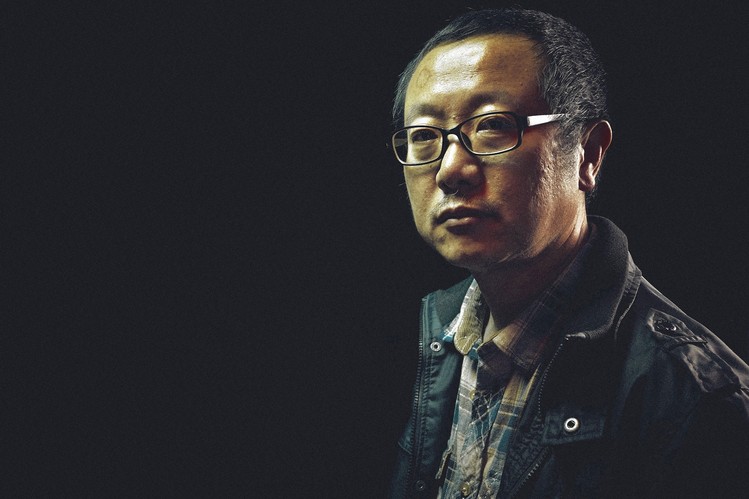 The results of the 2015 Hugo Awards were announced just a few short hours ago at Sasquan, the 73rd World Science Fiction Convention in Spokane, Washington. It’s been a controversial year for the awards. But after months of tension, after months of debate, the fan community has spoken – they have staunchly opposed the efforts of those who tried to manipulate the ballot.

Not a single one of the authors promoted by the Sad Puppies or Rabid Puppies campaigns won an award. And in those five categories where every nominee was listed on a slate, the voters chose to give No Award. This number equals the amount of No Awards given in the entire history of the Hugo Awards previous to this year.

Chu’s victory as the only nominee not listed on a Puppies slate was an indication of what was about to unfold. His acceptance speech promoted inclusivity for people of all races, genders, and sexual orientations, something that would become the theme of the night.

This was the only category that had no nominations from the Puppies slates!

Enormously excited for this result, especially since Alisa Krasnostein is part of my university. Great to see Curtin represented again at the Hugos!

The first No Award of the night confirmed what everyone had already realized – the Puppies were set for defeat.

Another win for diversity, with Wilson’s reimagining of Ms. Marvel as a Muslim teenager getting a favourable reception from both fans and critics.

This was a real highlight of the night, with a Dalek coming onstage and providing hilarious banter before presenting the award.

This was the only award of the night that was part of the slate, but I think it was simply a case of everyone agreeing that Guardians of the Galaxy deserved the award.

Translator Ken Liu accepted the award on Cixin Liu’s behalf, giving a speech that recognized the importance of books written in languages other than English. It was a great way to end the night.

The evening’s outcome celebrates the fact that diversity is an integral part of the science fiction and fantasy community. The panelists both before and after the ceremony noted that Worldcon is not restricted to North America, or even English-speaking countries. Just as science fiction and fantasy are written in all languages, the community of fans extends across the entire world. It’s already been announced that the 2017 Worldcon will be held in Helsinki, Finland – the fourth time that it’s been hosted in a non-English-speaking country. This recognition of diversity became one of the themes of the night – a deliberate response to the Puppies. It’s significant that this year’s winners for Best Novel and Best Novelette are both translated works, coming from countries that have never previously seen strong representation at the Hugos.

Each “No Award” is a powerful statement against slating – it is the fan community standing firm against the manipulation of the ballot. It is also a sign of hope for the future of the award. Although Theodore Beale has threatened further slatings in the future (promising “If No Award takes a fiction category, you will likely never see another award given in that category again”), fans have demonstrated that they have the numbers to outweigh the Puppies slates. Some sites published voting guides on how to defeat the Puppies, and these were certainly instrumental in organizing opposition. Next year’s awards depend on these same fans mobilizing themselves to nominate the works that they think deserve to win.

An early analysis of the results at Chaos Horizon suggests that the combined Sad and Rabid Puppies voters constituted less than 20% of the final votes. This is consistent with the idea that the entire Puppies scare may have been the result of “freeping,” a strategy where a vocal minority create the illusion of a majority by raising their voices. But the Chaos Horizon analysis also indicates that Liu may have won the Best Novel category due to a recommendation by Beale to the Rabid Puppies voters. A curious thought.

This whole debacle has highlighted problems endemic in the nomination process. How will this impact the awards in the future? Will the process be change to discourage slating? If so, how will the democratic process be upheld? Or will competing voting blocs arise, forcing voters to select groups of texts based on their political affiliations rather than any literary merit? I’ve been informed that there is a proposal to modify the nomination process at this year’s Worldcon Business Meeting, so it will be interesting to see how it turns out.

It will also be interesting to read the responses of the various people involved in the Puppies campaigns in the coming days. Their attempts to control the ballot equate to an effort to control who is authorized to produce and disseminate science fiction. By implying that liberal, literary, or progressive writers don’t deserve recognition, they are stifling the diversity within the genre. Without these voices, the genre will never grow, never change, never evolve beyond the simple rocketship pulp. It will stagnate and die. As the Puppies try to “take back” science fiction, they are the ones doing it damage. I hope they’re aware of the irony.

Congratulations to all of the 2015 Hugo Award winners!