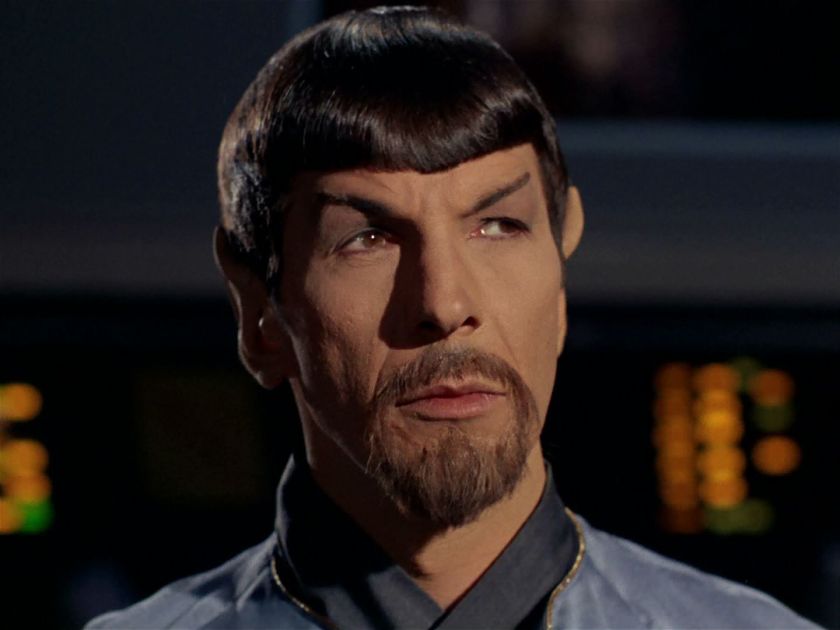 Whilst I’m travelling through Germany, too laden with pretzels and beer to think critically about anything, here’s a post that I prepared earlier!

This week I am continuing my post from a few weeks ago, where I am having a brief A-Z look at some science-fictional words that have permeated wider culture.

Not the most common of terms, but one that is seeing wider recognition in critical circles. A novum is the fictional device, novelty, or premise in a work of SF that indicates the story exists in a different world to the reader’s empirical reality. A novum could be anything – a robot, a time machine, a different interpretation of time or reality – that indicates to the reader that this is a work of science fiction. It was popularized by critic Darko Suvin in his 1979 Metamorphoses of Science Fiction.

One of my favourite concepts from Clarke’s Childhood’s End (1953) is the alien Overmind, that singular consciousness composed of the combined minds of its component races. It’s an idea that’s been floating around for a while: Olaf Stapledon proposed that the myriad races of the universe were moving towards a combined consciousness in his Star Maker (1937), and similar themes have even appeared in the theological writings of Jesuit priest Pierre Teilhard de Chardin. As artificial intelligence evolves towards a possible Singularity, Overmind is a term that I think will be appearing increasingly frequently.

Similar to the concept of a multiverse, science fiction is abound with tales of parallel worlds where minor changes in history lead to radically different outcomes.

It’s worth having an extended look at robot, a word which was introduced to the English language by a Czech playwright, becoming so commonplace that it wouldn’t be long before the science of robotics became a respectable (and sophisticated) field of study.

Czech writer Karel Čapek wrote R.U.R. (Rossum’s Universal Robots) in 1920; the play was first performed in early 1921. Čapek used the word robota to mean forced labour, or slave. Unlike more modern definitions of robot, his creatures were created out of synthetic organic matter and able to think for themselves. The text is a critique of the increased mechanization of society and the subsequent dehumanization of the worker. It ends with a robot uprising, where the workers tear down the dehumanizing systems and kill almost all of the humans. The play ranks with E.M. Forster’s “The Machine Stops” (1909) as one of the most influential condemnations of mechanization.

Once introduced to SF, the word robot quickly spread through the plethora of pulp magazines of the late 1920s and early 1930s. Robots were almost always unwieldy clanking automatons, bent on humanity’s destruction. In a few rare stories, the robots were friendly characters, designed to illicit sympathy when they were mistreated by humans. But then along came Isaac Asimov. Beginning in 1939, his lengthy oeuvre of robot stories introduced a different vision from the usual robot-as-menace or robot-as-pathos clichés. He saw robots as industrial products with elaborate safety mechanisms, created for certain jobs. Over time, his vision permeated wider culture, so that not only did other writers begin using his idea, but the whole notion of robots began to change. Asimov, never one to remain quiet about his accomplishments, would later write, “[…] for many years, decades even, I went about freely admitting that I was ‘the father of the modern robot story.'”

Asimov also coined the word robotics to describe the study of robots, of which he so modestly writes, “Don’t think I’m not proud of that. There are not many people who have coined a useful scientific term, and although I did it unknowingly, I have no intention of letting anyone in the world forget it.” His introduction to the collection The Complete Robot, in which I found the above quotes, is quite a good summary of Asimov’s endeavours, as well as a monument to his enormous hubris.

With robot comes a wealth of related terms: android, droid, cyborg, replicants, etc. It is, without doubt, the single most recognized term from the entire genre of SF, and it has long outgrown its generic roots.

Okay, so it’s technically not a science-fictional word. But the concept of a Singularity, popularized by futurist Ray Kurzweil, is so science-fictional that I had to include it on the list. It describes the point when artificial intelligence begins to evolve beyond human control, and technological development hits an exponential growth. Who knows what could happen? Will the resulting superintelligences be benign, or will they eradicate their primitive human creators? We might find out sooner than you think, because Kurzweil predicts the Singularity will happen in 2045. I’ll be sixty years old, so hopefully it won’t interfere with my retirement plans.

I couldn’t go past slash fiction. No way. It’s the type of fan fiction depicting a sexual (often homoerotic) relationship between two (or more) characters from popular movies, books, TV shows, etc. The word slash refers to the punctuation mark – the “/” – that indicates which characters are involved: Kirk/Spock, Harry/Ron, Gandalf/Frodo, Luke/Han, Tarkin/Jabba the Hutt…

If you never want to look at your favourite characters again, it’s worth a good Google and a few hours of your time.

The modification of another world’s environment so that it can support life from Earth is an idea that goes back to the days of the early pulps, where teams of gallant engineers would transform whole planets to make them suitable for colonization. It’s had a few serious treatments, particularly in Kim Stanley Robinson’s Mars trilogy. And, given the threat of climate change, being able to modify a planet’s climate is something that scientists are taking increasingly serious. (A thought – it’s ironic, really: as we looked to the stars and imagined terraforming other worlds, we were in the process of poisoning and destroying our own world. Tragic.)

Where would we be without Doc Brown and the DeLorean?

Time machines – and time travel stories – are one of the backbones of science fiction. The very term time machine has achieved such widespread cultural recognition that it needs no explanation, although the sheer variety of time machines throughout the literature of the last 120 years boggles the mind.

H.G. Wells was the first to posit a device that travels through time in his 1895 masterpiece The Time Machine. In that tale, the traveler goes forward to a degenerate London where the effete Eloi are hunted by the savage Morlocks, in a blatant representation of the Victorian class struggle. The genius of Wells was to depict this class struggle in purely evolutionary terms.

Time travel stories have necessitated a whole vocabulary of time-related words: timescape, time storm, time stream, time warp, and many others. It’s also, as Douglas Adams pointed out in The Restaurant at the End of the Universe, created a difficulty in finding the right grammar to describe time travel. Time travelers (chrononauts) go elsewhen, traveling uptime or downtime, depending on whether they are visiting the future or the past. But how to describe an event that’s happened in the future in a different timeline that you’ve changed the past to avoid…? (At this point, my head simply explodes.)

We have Alex and his droogs, from Anthony Burgess’s 1962 dystopian novel A Clockwork Orange and Kubrick’s 1971 film adaptation, to thank for the concept of ultraviolence, which is simple really horrific violence. A fairly simple term, but one that is often mentioned when describing particularly wanton acts of violence.

An old word, but one that nevertheless originates in a book that could be considered science-fictional. Thomas More’s Utopia (1516) pioneered a whole new type of fiction, describing an imaginary place with an ideal political, economic, and social system. Not many people realize that the title was a triple pun; suggesting “ou-topos”, or nowhere; “eu-topos”, or good place; and “u-topos”, the U-shaped setting of More’s island.

Today, the meaning of the word hasn’t changed, but the vast majority of SF stories prefer to focus on dystopias rather than utopias. It may be because it’s more entertaining to read about characters fighting against an oppressive social system, but a cynical part of me is convinced that it’s symptomatic of our diseased society.

Do you remember the “worlds of tomorrow” that you used to dream about in the 1940s, when the videophone was how everyone would communicate in the future? No? Probably because you’re too young.

The videophone once seemed like the way of the future, but now that video is a standard feature on every phone, no one seems to use it.

An engineering term, but one that’s seeing increasingly common usage. A waldo is a remotely-operated mechanical arm, used to perform tasks in inhospitable environments, such as space. It’s named after the titular inventor of the 1942 Heinlein short story, “Waldo.”

Star Wars popularized the hyperdrive; Star Trek gave us the warp engine. Both seem to be effective ways of traveling faster than light; both words have entered the cultural mainstream.

A prefix used to indicate something that is from another world. It’s able to be put in front of a whole host of relevant words, such as xenobiology, xenocide, xenolinguistics, and xenology.

Let’s face it – the X makes it sound cool.

Zines aren’t just indie books that hipsters buy to look cool. An abbreviation of fanzine, the first types of zines were around in the 1930s, amateur publications by SF fans who wanted to contribute to their nascent genre. The word has since evolved away from its science-fictional roots, coming to denote any independently-published amateur magazine. But, yes, it was SF fans who invented the zine. The original cool kids.

And that brings me to the end of the alphabet. My kindergarten teachers would be proud!Just like last time, I am indebted to Jeff Prucher’s Brave New Words for some of the definitions above.