In order to fulfil the science part of my blog’s tagline – “making sense of science, fiction, and science fiction” – I thought I could become an amateur myrmecologist. Why ants? Because H.G. Wells studied ants. And he was the man.

So last week I built an ant farm and collected some ants. With a bit of luck, my ant farm will turn into a thriving centre of industry, culture and commerce, and my ants will be the envy of myrmecologists worldwide.

The Ant Jungle Colony box, purchased from the National Geographic shop. It’s for ages 6+, so too bad if you’re a budding 5 year-old myrmecologist. 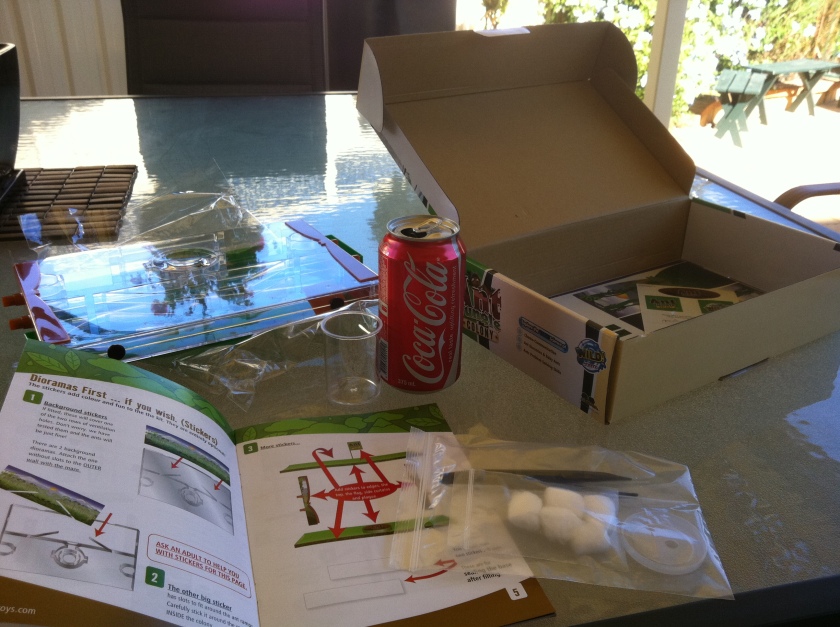 The components of the farm. Note the can of Coke. All myrmecologists need Coke. 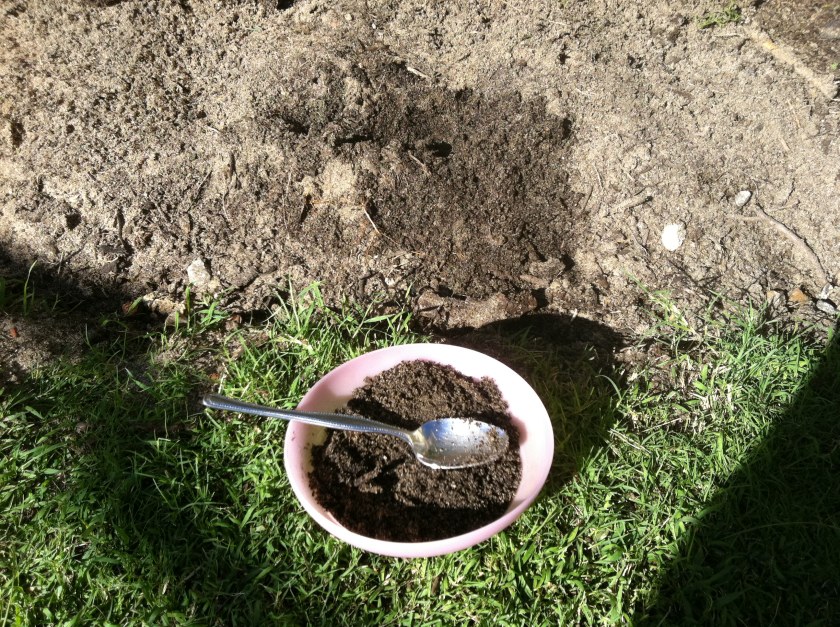 Collecting some dirt from the garden. I used two different types of soil to get a layered look.

Filling the farm with dirt. This was a painstakingly long task.

Along the way, I had to cover these holes with little squares of paper. Apparently the ants will remove them later. I hope I have smart ants.

The layering of the dirt is now complete! Time to capture some ants…

The instruction book suggested using mustard seeds to lure my ants into this handy “ant catcher.” But my ants are clearly too fussy to fall for that, so I was forced to use bacon instead. They liked the bacon. So did I. I ate way more than they did. 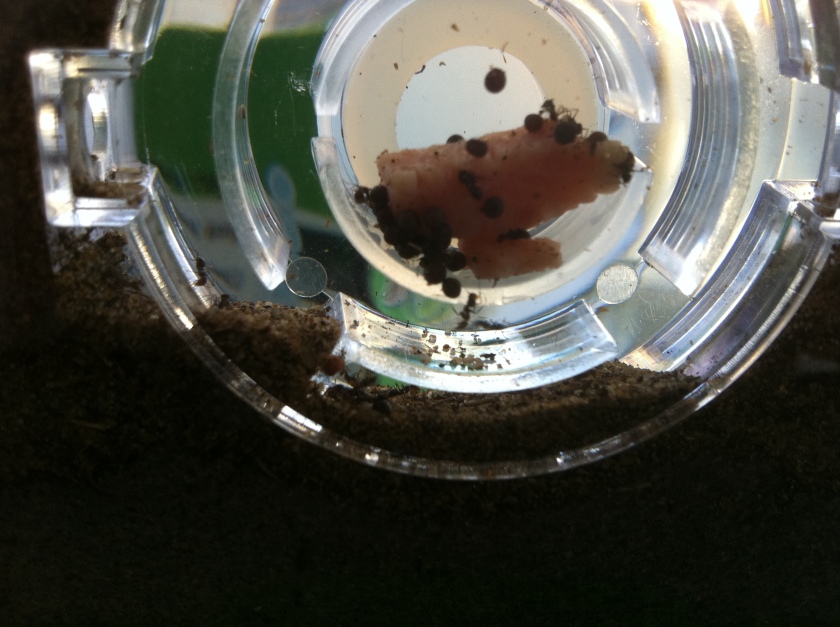 The ants and the bacon are safely transferred into their new home. Rejoice!

With the Ant Farm now complete, I give a thumbs-up of approval. Long live the Empire of the Ants!